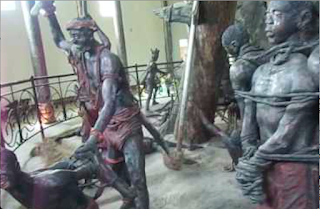 Through June 3, I was in Cincinnati for a meeting of the House of Bishops theology committee. It had been a year and a half since we last met.
You will be shocked (I say with great irony) to hear that the three most used words and phrases at the meeting were Trump, election, and January 20. Academic theologians and bishops were trying to make sense out of what happened. We white folk on the committee tried to talk in very rational, measured tones, but there was always this sense of betrayal that came through when the election results seemed a betrayal of the narrative that we have told ourselves: the world continues to make progress. We in the church, by the way, love to talk about narratives, the stories we tell ourselves that more often than not bring us comfort to remain the same sort of people we have always been.

But an African American on the committee interrupted us. She told us that the day after the election, she and some of her friends looked at each other and said, “Well, the white folks learned something that we blacks have known all along: don’t count on progress.”

What she was telling us is that her people have seen only too well that in every generation the same old demons raise their heads. It is the luxury of the privileged to assume that the world gets better and better. And if we read history, we will see that such a blindness about advancement was exactly what occurred among well off Brits and Americans during the Industrial Revolution. Then along came World War I, and progress stopped; but then we started believing that progress narrative again.

Now, the theologian at the meeting was talking specifically about racism. One hundred fifty years after the Civil War, and fifty years after the Civil Rights movement, people of color face the same challenges. It is a hard lesson for each of us to learn. In every generation the same old demons rise, the same challenges to the gospel appear. I mention this story because today we commemorate the martyrs of Uganda. Physical martyrdom is something that we do not associate with Christianity beyond the days of the Roman Coliseum. We tell ourselves that we have progressed beyond that point. But martyrdom happened in the 1850s for Ugandan Christians when they said that devotion to the Christ was more important than devotion to the king. And then it happened again in the 1970s, when Christians said the bloodletting of so many innocent people was wrong. If we think that a Christian witness is not needed in every generation, remember that the 1970s martyrs in Uganda had their funeral services held at the very gravesite of the 1850s martyrs. Talk about a lack of progress.

We cannot remain blind to the truth that progress is not inevitable; we cannot assume the good news has been heard and understood by all. But, in reality, the same obstacles to the good news are always present. Self-centeredness remains in the human DNA. We never progress to the point in which it is no longer necessary for us to proclaim the good news God’s love and the equality of all people as members of the body of the risen Christ. When we start feeling so confident that we need not focus on the good news, well, we hand the world’s view of Christianity over to TV evangelists and others who use the once good name of Christianity for all sorts of selfish reasons. Every generation needs its martyrs, which in the original Greek, simply means witnesses.

So the question is: Will we be witnesses to the resurrection? Will we share stories of how we have seen the risen Christ in people whom the world would rather forget about? Will our daily actions of how we treat people be a witness? For example, do we engage with the lawn worker as our equal? Do we refuse to remain silent when someone denigrates entire classes of people? Do we spend our money in ways that lessen inequality? Do we demand the sorts of holy behavior from our elected officials? This may not be Uganda, but it is Little Rock and Newport and El Dorado and Jonesboro. The church needs an authentic witness even today.

So, I think I can say with some confidence, “Don’t count on progress.” But I can say with even more confidence that the very definition of Christian faith means that we will live as if we know that ultimately God’s goodness will be made manifest, that God’s kingdom will arrive. And it will be our hands and our feet and our voices that will be the witnesses to this truth.
Email ThisBlogThis!Share to TwitterShare to FacebookShare to Pinterest