Incarnation for this Generation: Christmas 2017 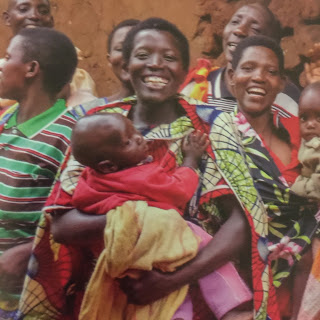 Should we decide to draw a picture of the Virgin Mary and Child in this Christmas season, first we need a crayon or paint pot or colored pencil or marker in the color of blue.
Or if we are making digital art, we need the color code E1EBEE. We will not go down the rabbit hole of how that descriptor was arrived at, but if you a computer coding geek, you probably know.

In a world where everything is now reducible to computer code, that particular computer nomenclature in ordinary language is called Marian blue, and its history is that in the artwork of the Western world, Mary is almost always dressed in blue. Even if you have not paid much attention to it, you have seen blue on everything from little concrete statues with plastic flowers in front of them to a crèche in church to magnificent works of Renaissance art.

There are several stories as to why blue became the color associated with Mary. Wikipedia will tell us that it goes back to the fifth century when blue was apparently associated with empresses, much as purple was associated with nobility, and why bishops eventually got stuck wearing purple shirts. More likely than blue’s association with empresses is another, more tangible reason: the shade of blue used to paint Mary’s robes came from crushing up the stone, lapis lazuli, which came from Afghanistan and at one time was more valuable than gold. You did not go cheap when it came time to represent the mother of God incarnate.

So, if you were a Renaissance patron and wanted in your chapel a painting of the Virgin Mary holding the infant Jesus, you paid dearly for the honor. You valued the Christ Child, and you wanted his mother to look her best.

Something else happened alongside the crushing of precious stones. Those paintings featuring Mary began to look remarkably like the attractive women who surrounded the donors, in a manner similar to the fact that in many religious paintings, such as scenes where bystanders surround Mary, those very bystanders look remarkably like the Renaissance donors themselves, even down to the clothing that they all wear. Museums are now filled with paintings of beautiful, Northern European women with lustrous skin and a very white baby in their laps. Look in the background of those paintings and you will see castles and men on horseback in armor and other identifiers that look more like northern Italy or Southern Germany than the Middle East of the first century.

And you want to hear something that you would not expect to hear from the lips of this bishop? Those Renaissance painters and donors got it right. That’s what Mary looked like. That is what the Word that became flesh looked like. The painters and their donors, consciously or not, understood Incarnation.

The story of the Incarnation is that the Word of God became flesh and dwelt among us. Where we fail to live in to the Christmas story is when we look to the great mystery of Christmas as history, and our actions subsequently merely re-enactments of what occurred two thousand years ago, and our metaphorical trips to the manger consist of focusing on Renaissance paintings. Such a Christianity is a Christianity that these days has little power.

The greater mystery of Christmas is that Incarnation means that the Word of God in each generation becomes flesh and dwells among us. (On this night) there is still a baby crying for our attention. A principal message of Christmas is that of peace. The angels proclaim it to shepherds in the dark. It is something for which the people of the world are so hungry still today, even in a generation in which Christianity has not been sidelined by secularism, so much as it has chosen to sideline itself. Incarnation remains central to authentic Christianity because we hold on to the hope that when we see Jesus, the body of Christ in the flesh in the world today, when humanity finally sees the Word of God living among us, then peace will conquer war, equality will conquer inequality, and sufficient food and medical care will conquer hunger and illness. That is one reason those early Renaissance painters got it right; they were trying to see Jesus in their own day and age, realizing that they were standing on the verge of something new that was happening. Our challenge is to get it right in our own day.

A card recently came across my desk. It was a photo of people, probably from South Sudan, although I do not know that for a fact. The women hold babies in their arms, and men are standing around them. It looks as if muddy bricks are in the background. One woman wears a brightly-colored outfit, perhaps printed nearby, a yellow blanket in her arms, those arms supporting a child not larger than the baby Jesus in those Renaissance paintings, but simultaneously a child who looks remarkably twenty-first century. The baby is in pink pants and a red shirt. The person to the mother’s right is wearing, not local clothing, but a multi-colored, horizontally-striped knit polo shirt, something we would find in stores here. All six adults in the photo are widely smiling; the babies look curious. The caption below the photo is simply, “Hope & Joy.” A slight change in clothing and background, and the photo could have been made in Arkansas or Mississippi or Alabama, all places where we need hope and joy, where we need peace and equality, and where we people who go to bed full, not hungry, healthy not ill.

That is the Virgin and Child we need to see in this generation and in this place: ordinary people. That is Incarnation for the 21st century, ordinary people dressed in ordinary clothing. When we take a look at the people around us, and through them see the Christ—through them see the Word of God incarnate—and change how we see the world and our calling in it—it is then that peace and equality and full stomachs and healthy people will have a chance to become realities.

We come to this manger, not to relive the past, but to experience the present and anticipate the future in hope and joy. My wish for Christmas is someone with a camera or colored pencils or painter’s palette ready to capture the moment when the Christ child next appears, when the angels start singing “On earth peace, goodwill toward men.”