A Choice of Death or Resurrection 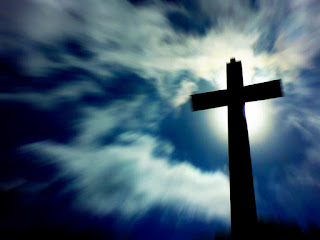 This week I spoke at the State Capitol prior to other religious leaders and I taking a petition to the governor’s office, asking him to commute the sentences of the people on Arkansas’s death row. For him to do so would be a powerful witness to the resurrection at the very time we Christians celebrate Easter.

A week from now, unless humanity’s higher nature overcomes it, Arkansas will enter one of the darker moments of its history. Next week this state plans to begin executing seven convicts on death row within the time frame of only ten days. From the publicity that these planned executions have so far garnered, the news coverage will be reminiscent of what took place when African-American students at Central High School tried to enter that building sixty years ago. Arkansas deserves better, and I state in no uncertain terms that people of faith want something better as well.

Arkansans are a good people. We have believed in the goodness of hard work and respect for neighbor and faith in God. But we are being led astray by a peculiar ethic that states that vengeance is a virtue, when in fact it is not. I can only speak from the Christian tradition, but I can say definitively from my own religious upbringing that vengeance is not a mark of Christian ethics.

Unless we change our course of action, we are going to find ourselves in a frightening place three weeks from now: we will have killed yet more people in Arkansas, we will have marked ourselves as servants of vengeance. Such vengeance is sinful, and it not a true mark of the people we were created to be.

Three weeks from now the families of victims of horrible crimes will not suddenly feel free. Their loved ones will not have returned from the dead. Their parents or children or siblings will not be able to return to them after the executions of the criminals who caused those deaths.

Our duty as religious people and as a state is to stand beside those families and help them move forward and live lovingly with that hard and sad truth. We do not need to expose these families to yet more death, nor help harden vengeance in their hearts—or in ours.

We have nothing to gain from the status quo of vengeance. Arkansas needs to rise to its higher nature, a nature that I think is in the hearts of its citizens, a higher nature that values life more than death, values it so much that we will tell people guilty of horrific crimes that we will not give in to death, either in the commission of crimes or in their punishment. Our God calls us to a better life.

I ask the governor of this state to join us and to rise above political expediency. Governor Hutchinson, the laws of this state have given you power over life and death. Use that power and commute the sentences of all the people on death row. That action will make a positive statement as to which direction Arkansas wishes to go in its next sixty years.
Email ThisBlogThis!Share to TwitterShare to FacebookShare to Pinterest