The Quantum Mechanics of Christianity 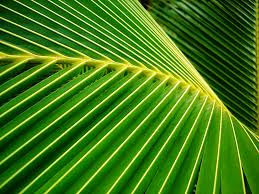 Preachers love a good quotation. Most often those quotes come from Scripture, but sometimes they come serendipitously from the unlikeliest of sources.
Here, for example, is my current favorite Palm Sunday quotation:

“I had to travel to a conference…yesterday. After arriving at the airport I got into [an elevator] and exited on two floors at the same time. Then I simultaneously got on a plane to New York and to Singapore. My friends greeted me in Singapore. I never did arrive in New York.”

No, it is not by Gertrude Stein, for anyone familiar with her rather unconventional way of writing. It was instead written recently by James Millen, a quantum physics lecturer in Great Britain. He was trying to explain as simply as he could quantum mechanics, that most basic building block upon which the universe is constructed, the part that we cannot see by simply looking around us, as would have been the experience of a previous English scientific giant, Sir Isaac Newton, when he looked at an apple, which was either on the tree or on the ground, after having been pulled there by gravity, but not in both places. In the world of quantum mechanics, the building block of creation, the apple, can apparently be in both places at once, even if separated by vast distances. I cannot explain it.

One thing happening in two different ways at the same time. We may not understand it, but apparently it is what fundamentally holds the universe together, and it is also what holds Christianity together as we attempt to proclaim good news. Consciously or unconsciously, we have been acting out this truth for almost two thousand years—and never more so than during Holy Week.

Look at the gospeller named Matthew. He sat down forty or so years after the events of that first Holy Week, a week as yet not given that name, and poured over his source material as he wrote his gospel. It was confusing for him on just which animal Jesus had sat on as he rode into Jerusalem. Was it a donkey or was it a colt? Was the apple on the tree or on the ground? Matthew threw up his hands and put Jesus on both animals. To quote from Matthew, chapter 21: “They brought the donkey and the colt…and he sat on them.” Theologically, Matthew was refusing to limit Jesus to one particular place at one particular time. Or as Mr. Millen would state it, “I simultaneously got on a plane to New York and to Singapore.” And it was true.

After Matthew put his gospel to paper, the church came along and tried to find additional ways to tell that story, and as a result we end up with a Palm Sunday liturgy, the day on which the church is given two gospels to read, two dramatically different stories of Jesus. Side by side, one hears of a king coming in triumph, everyone laying their cloaks on the road for him so the feet of even his donkey and colt would not touch the ground, and then of a criminal coming down from a cross, with almost no one left to lay his body on the ground. Can both be true? Millen and Matthew would say yes; it’s fundamental.

The apple is on the tree and on the ground. The apple is in the midst of a beautiful creation called Eden, where everything is good, and simultaneously the apple is on the ground, where rot and decay and death take over. It is nothing less than who the incarnate Christ is: simultaneously with the best and with the worst, not choosing sides on where the Christ will and will not be. We, who are called to share good news, cannot limit Jesus to one particular place in our imaginations. Or to quote another liturgy of the church called ordination: “young and old, strong and weak, rich and poor.”

This is the fundamental structure on which the universe is built, but which is so hard for the world to understand. For a world with limited vision, it is good or bad, strong or weak, worthy or worthless. It is why doors are shut and walls are built and why, for example, in this nation, railroad tracks through town serve for more than simply allowing a freight car to go from point A to point B. It is why some people are so fixated on the letters “M” and “F” on birth certificates. People must be one, but not the other. The world, as so many see it, is a world of polarities.

But the story of God’s interaction with humanity is proclaimed on this day, with Jesus riding two animals at once. Matthew tells us that it makes perfect sense for God to be in both places at once, even if our limited minds cannot comprehend it. Or as those dual gospels read so close together remind us, that which is divine comes in triumph when it hangs between convicted criminals. That which is divine is both in the goodness of Eden and in the brokenness of hearts that have tasted the sour apples of life. That which we call God covers an infinite multitude of possibilities, and the church, as the body of Christ, is called to do nothing less than the same: cover all its bases. That is what it means to preach good news.

Preachers love a good quotation. And, yes, sometimes they don’t come from Scripture, but sometimes they do. So, on Palm Sunday, when the church hears the story of Jesus wending his way from outside Jerusalem on its east, through the streets of the city into to its heart, and eventually toward a cross, outside its walls on the other side, why doesn’t the church simply quote yet another early writer of the good news, an epistle writer named John, who knew that Jesus could do more than one thing at one time, who knew that love itself could simultaneously be glistening on a tree and on dangerous, decay-inducing earth? To quote John, “We have an Advocate with the Father, Jesus Christ the righteous; and he is the perfect offering for our sins, and not for ours only, but for the sins of the whole world.” That is what it means to preach good news. Amen.
Email ThisBlogThis!Share to TwitterShare to FacebookShare to Pinterest