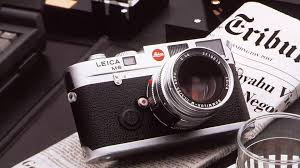 Back in Tennessee, when I was a teenager,  at 4-H camp we had a darkroom, where we would spend hours in that somewhat mystifying process of being surrounded by pans of chemicals, turning negatives into photographs. Taking a photograph with actual film is a different experience than holding up a cell phone. You plan your photograph
and then study which negatives you want to print, figuring out in your mind what the reverse image will look like, when all the blacks are white, all the whites are black, the grays turned into their tonal opposites, and you see the final photograph. More often than you might imagine, you end up being surprised by what you discover, noticing once overlooked details.

That is what happens when shades of gray, or colors, or, metaphorically, attitudes are carefully looked at to see how they might differ from what we initially saw. The church makes use all the time of this negative-going-to-positive change as it seeks to proclaim good news in a world that is way too filled with its opposite. One such story is the calling of David in the first book of Samuel, a child so unimportant at the beginning of the story that he was not even in the line-up for being named God’s anointed, and by the end he was called ruddy and handsome and was indeed anointed. Then there is the story of Paul in the earliest days of the church, who could not see anything good in those followers of Jesus, but who had his eyes changed into seeing Jesus’ own body in the people around him. And then we have stories much later in the history of church, as on ordination days, when we lay hands on people and turn them into members of the clergy.

The Bible is filled with role reversals in its efforts to point out the power of change. Luke 12:35-38, in only four verses, has two such reversals. Luke tells servants to get dressed up for their role, a change of clothes for someone in a new job. And Luke also tells us the story of a master who will see those servants in such a new way that the master will do extraordinarily unlikely things in response, such as beginning to wait on the servants. Perhaps we can say that delving into the Bible—and heading in to the church when it is at its best—is like going into a darkroom with negatives and coming out later with something that looks like the opposite of what we began with.

One of the things I ask people who are thinking about ordination is if they can live with the fact that a clerical collar around their neck will fundamentally change how people see them. It even happens to people who, as in our two ordinands today, do not choose early in life to be employed full-time as members of the clergy, but whose ordination will be lived out as an adjunct to their very meaningful secular lives.

Here is what I ask of those of you who are not planning on being ordained: Do not make the error of seeing those who are ordained as being changed into morally superior human beings. That is a false inversion, because it subconsciously states that lay people are morally inferior human beings. But let’s face it; we are all simply human beings, with various mixtures of better and lower human natures. What you can do, though, is to see them as examples of how God takes the most unexpected of people and circumstances and declares them vital to God’s work of reconciliation. That is one reversal.

And then there is the issue of how the ordained themselves look around at those people who sit in church pews, or whom they will more likely look around and see in the days and years to come in this age of rapidly declining church affiliation at the grocery store or at a school or on a farm. Are they prepared to see human beings differently? In some ways I say that their education is like their being in a darkroom for three years, trying to determine what might be the end result of this experience. Or about people who study prior to being sent out as an evangelist or preacher; or, ultimately and hopefully, about anyone who sits in a church pew for fifty years and listens to the words of scripture and says the words of the liturgy and sings the hymns in the hymnal. We go in with one view of the world and come out with another: a new picture that shows clearly something beautiful and desirable, details that we once missed. I call it being made a mature and thoughtful Christian.

One historical view of the church is so hierarchical: Christians looking down on non-Christians, members of the clergy ruling over the laity, and bishops almost literally lording it over their clergy. But what I hope is, like that master in the gospel of Luke, we stand ready to wait on and listen to and provide metaphorical food for the those very people the world calls servants, or useless, or inferior, or in the world’s darker moments—calls slaves.  See all such people, not as negatives as the world too often does, but as beloved children who have worth. For it is only when we start seeing all people as having worth that this world will become a better place in which to live. We are working for the coming of the kingdom of God.

My advice to everyone: Don’t let cell phones fool you. Photography is a complicated art. Ask anyone who has spent a lifetime learning how to take photos. A good photographer, as well as a mature Christian, starts seeing as others do not. And in our own seeing and understanding, we will help others see things they had never before noticed, such as the power of an immigrant’s hands, or the beauty in the face of the bullied teenager, or the worth of the person who always seems to be standing alone at the edge of the picture. This new way of looking at the world is what it means truly to be changed in baptism, and truly to be changed in ordination, and truly to be changed into the body of Christ.
Email ThisBlogThis!Share to TwitterShare to FacebookShare to Pinterest