A Time to End Executions 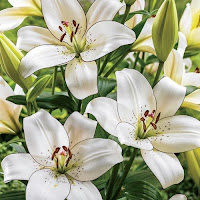 Arkansas churches will be filled on Easter Day, April 16. Yet the next day this state will begin executing people. From April 17 through April 28, the state of Arkansas plans to execute eight convicts on the state’s Death Row. It is said to be the most concentrated execution schedule in the United States since the re-introduction of the death penalty in 1977.
It is at the very least a discordant note to strike in a state that reports higher than average belief in God and church attendance. Are these planned executions where the teachings of the church have taken Arkansans? Or have the people of this state and their leaders chosen to ignore the very religious principles they proclaim?

Christianity affirms resurrection, the power of life over death.  The past is not necessarily our future: the old, death-filled ways of looking at the world around us will not have the last word. Yet Christian Arkansas has long focused on a past from which it cannot seem to escape. It fought on the side of the slave owners in the Civil War in order to hang on to its “peculiar institution.” It fought integration in public schools in the middle of the twentieth century. And now it continues to hold on to a barbaric death penalty, historically used disproportionately in this country against people of color.  The execution of criminals has never proven useful for anything other than the sense of vengeance it gives the people who have knotted the rope’s noose or switched on the power to the electric chair or injected drugs into a convict’s veins.

The hard truth that we must learn to accept is that killing a criminal does not bring back to life the person whom that convict killed. It does not suddenly wash away tears of family members who had a loved one die. It does not return a parent to a child or a sister to a brother. Instead, executing a criminal only adds to the number of people who are senselessly killed each year, and only adds to the number of people who weep when someone they know has died. State-sponsored executions do not even add up to a zero-sum game.

There is a story in the book of Genesis of a man named Esau who was so hungry for something to eat that he sold his very birthright—his future well-being and happiness—for a bowl of pottage. He ate and drank and went away, temporarily satiated. In essence, he sold his soul. That story still resonates thousands of years later. Political leaders in this state are always eyeing the polls, determining which actions will win them the next election. I fear that they are willing to sell their own souls for their political hunger, when the better example would be to live into the faith they profess, especially in this upcoming Easter season.

Show us that there is a new way to live that replaces capital punishment with other appropriate punishment. Set the moral example: replace death with life, and thereby insure that the future of Arkansas is better than its past, a future of which this state can be proud rather than hang its head in shame.
Email ThisBlogThis!Share to TwitterShare to FacebookShare to Pinterest