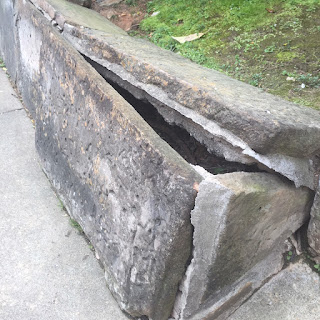 One of the embarrassing secrets of reading books is that we often don’t read them to the end.
When the latest blockbuster is being discussed, we will join in with something like, “Oh, I read that,” but we know secretly that we only got 2/3 of the way through it. Here is a warning: It is no longer such a big secret that we do not finish books because we read many of them on e-readers these days, and apparently the e-reader devices report back to corporate headquarters how far along the reader gets before stopping. Even more information about ourselves that we did not know is being shared. Publishers and authors want to know where we stop so that they can figure out how to write more enticing books and how better to edit manuscripts. It may not be great literature, but it is big business.

I am an avid reader, and I have to admit to not finishing books. If they are from the library, either on a CD for while I am driving or in hard copy, the due date often arrives before I finish, and someone else has put a hold on them. Then I am left wondering what happened next.

What I have learned through years of unfinished books is that it is OK not to finish. It is somewhat liberating not to know with precision the end of the story. There are so many ways that the story can turn out. So many journeys that different readers can take, depending on their own experiences. So many chances to go somewhere not yet thought of.

If you want to experience the liberation of not knowing with precision the end of the story, and the amazing freedom in trying to determine what might be possible, you do not need to head to the library for a two-week loan. Simply look no further than the gospel of Mark and its original report of what happens after Jesus’ crucifixion. We heard the end of the story today when the gospel was read. “They fled from the tomb…for they were afraid.” End of gospel document.

I know that Easter is not a day on which most people want to focus on the writing style of Mark the gospeller. That focus is more of a professional interest for us members of the clergy and academicians. But what happened with Mark’s gospel is important for us and important for a church that lives for resurrection. If you have a Bible with good footnotes, or have a good commentary, you will discover that a variety of people tried to write a satisfactory ending after Mark apparently refused to do so. One version added later had Jesus sending Peter and others out from east to west. Another version, the one that eventually made it into our Bible in verses following what we heard today, has Jesus making at least three appearances, along with positive references to snake handling and drinking poison. Having seen the 21stcentury interpretation of those last statements, I am thankful that Mark stopped where he apparently did. “They fled from the tomb…for they were afraid.” End of gospel document.

The story of Easter, the power of resurrection in our lives, is that in reality the story is never finished. Christianity is never tied up in a neat package and offered as a completed document. Our story cannot be tied down in history, and neither is it a once-upon-a-time fairy tale. No, Christianity, and the essence of our message of resurrection, is always lived out in the here and now. We find empty tombs that we once thought to be filled with the death and decay of our own experiences. We find unexpected messengers who point us somewhere else. Sometimes we flee. And sometimes we are afraid. What is life-changing is what happens after the fleeing and after fear. The Easter story is unique in the lives of every last one of us. The gospeller named Mark knows that for the church to remain alive, the story must not be finished.

I admit that my own view of Christianity has changed during my life. When I was young, to be a practicing Christian for me was to attain some sort of moral perfection. In some sense, I think that my parents and my Sunday School teachers wanted me to grow up to be like Jesus as he was in his years of itinerant ministry in Galilee: make all the right decisions and not be caught up in sin, whatever the definition of specific sins might be. And let me assure you, my family had some definitions.

But through the years I have come to see that the heart of Christianity is not about being a copy of a 30-year old Jesus. Is not focused on a tomb in first century Palestine. Christianity is focused on seeing the resurrected Christ today. Mark could not write that story because he was not prescient. But we can now add our individual paragraphs to it.

If there is anything that years of receiving Communion in this Anglican tradition has instilled in me, it is that we treat the body of Christ with utmost respect. That is what receiving Communion at this altar today—on Easter—is about.  Our Easter Communion changes us. We hold bread and see the risen Christ. We leave the altar rail and walk out the doors of church, and we see the risen Christ on Arch and Chester and Cross Streets, on both Kavanaugh and Asher. We head home and we see the risen Christ in the mirror at 3 a.m. when we are feeling terrible about our own squandered lives, our own death and decay. It is frightening, but to start seeing Christ in all those places can also give us the most amazing sense of peace in a world of greed and war and racism and impossible-to-achieve standards, as we turn the standards of the known world upside down with eyes that look through the lens of resurrection.

That is why I think that Mark left his gospel with that abrupt ending. He was honest. He could not see into the future; he could not see your lives or my life, so he could not write about them. But he did know that anytime Jesus is not where we expect him to be—when he is not in the tomb in which we left him—anytime a messenger tells us look in our everyday world for evidence of God’s presence—then we have the chance to change our lives. Live them in love, not hate; in concern, not avoidance; in acceptance, not rejection.

This resurrection to lives of peace and love and concern and acceptance is such good news that we will not rest until we share with others what we have seen and heard, until we become the messenger ourselves, like that man at the tomb, like the gospeller Mark. It is what the Easter story has the power to do. Amen.
Email ThisBlogThis!Share to TwitterShare to FacebookShare to Pinterest